About the 8th Amendment Project

The 8th Amendment Project was founded in 2014 to unite and lead the national movement to end the death penalty. The campaign brings together dozens of national, state, and local partners around a shared strategy to achieve repeal and discourage use of the death penalty by working to change the public discourse about capital punishment in the United States. 8AP also guides funders who want to strategically invest in ending the death penalty.

On January 1, 2018, 8AP became a fiscally sponsored project of the Center for Death Penalty Litigation. 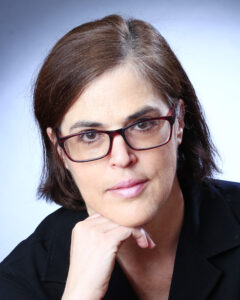 Laura Porter, Executive Director
Laura Porter joins the 8th Amendment Project after serving as Director of Campaigns for the Fair Punishment Project and nearly a decade as Director of Campaigns and Strategy with Equal Justice USA. (EJUSA). Over the last 10 years Laura was a chief strategist in the death penalty repeal campaigns in Connecticut, Maryland, and Nebraska and gave strategic advise to policy advocates across the country. She specialized in building relationships with victims, law enforcement, and conservatives and led the groundbreaking national project Conservatives Concerned About the Death Penalty. Currently, she serves as the lead advisor to the Responsible Business Initiative engaging trade and business voices in criminal justice reform advocacy. Prior to campaign work, Laura was a public defender for 12 years in New York and a legal analyst on television.

Stefanie Faucher, Deputy Director
Stefanie began her advocacy against the death penalty in 1999. She has worked for the 8th Amendment Project since 2014, serving first as Communications Director and later as Deputy Director. She also recently served as the Communications Director for the Fair Punishment Project (now known as The Justice Collaborative). In 2016, Stefanie acted as the Communications Director for California’s No on Prop 66 campaign. Prior to this, she worked for the national political organization MoveOn.org, where she served as Communications Manager and as a Manager of Campaign Support. Between 2002 and 2011, Stefanie worked at Death Penalty Focus, where she held the position of Associate Director and worked to lay the groundwork for Prop 34, which sought to repeal the death penalty in California. In 2008, she was awarded the Abolitionist of the Year Award by the National Coalition to Abolish the Death Penalty. Stefanie is a graduate of U.C. Berkeley and is based in Oakland, CA with her husband and daughter.

Chris Keelty, Development Director
Christopher Keelty has spent more than 17 years as a nonprofit fundraiser, supporting vulnerable people at organizations including the Visiting Nurse Service of New York, City Harvest in New York City, and the American Civil Liberties Union of Pennsylvania. He got his start in the zoological industry, and also works as a freelance author and cartoonist.

Furonda Brasfield, Director of Leadership Development
Furonda Brasfield is a licensed attorney, residing in Little Rock, Arkansas. Furonda received a Bachelor of Arts in Public Administration from the University of Arkansas at Fayetteville, and her Juris Doctor from the University of Arkansas at Little Rock’s William H. Bowen Law School. She formerly served as the Executive Director of the Arkansas Coalition to Abolish the Death Penalty (ACADP) during the 2017 #8in10 killing spree where Arkansas officials hatched a plan to execute eight men in ten days. Aside from her work in the death penalty movement, Furonda is active with a number of grassroots organizations, including:  the DecARcerate campaign to end mass incarceration in Arkansas, the Racial Disparities in the Criminal Justice System Steering Committee, the NAACP, and The Arkansas Poor People’s Campaign. Furonda enjoys connecting people and ideas; and ushering new energy into old spaces. 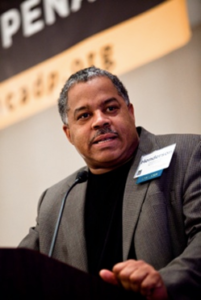 Henderson Hill, Director Emeritus and Chief Advisor
Henderson Hill became the first Executive Director of the 8th Amendment Project in May 2014. He is currently leading a North Carolina-based project aimed at addressing mass incarceration called REDRESS.  Previously, Hill served as the Executive Director of Federal Defenders of Western North Carolina, where he led a team of 35 attorneys and staff in providing first-rate legal representation for indigent defendants to ensure that justice was administered on a fair and equal basis. Prior to the Federal Defender, Hill was a partner in litigation practice for more than a decade at Ferguson Stein Chambers. He has been recognized as a Fellow of the American College of Trial Lawyers and by his peers as a Super Lawyer. In 1995, Hill founded the Center for Death Penalty Litigation (CDPL) in Durham, a non-profit law office providing direct representation consultation in capital defense at trial, post-conviction, and federal habeas corpus stages. Hill now serves on the Board of Directors of CDPL, which has grown into a staff of more than 20.

Hill serves on the Board of Directors of Supportive Housing Communities in Charlotte and on the Advisory Board of Common Justice in Brooklyn, New York. Hill is also the founder of the Neighborhood Advocacy Center in Charlotte and the Charlotte Coalition for Community Justice. Hill has served as an adjunct assistant professor and lecturer at the University of North Carolina, Chapel Hill and Duke Schools of Law. Hill is a graduate of Harvard Law School. He received his Bachelor of Arts degree from Lehman College, City University of New York. Henderson lives in Charlotte, NC.